Quilting is alive and well on Vancouver Island, as I discovered on a recent visit to “BeDazzled,” a quilt show presented by the Parksville Quilt House Quilters’ Guild.

As I entered the venue, I could see right away that this was a really big show!  The guild has over 300 members and was registered in 1981 as the first guild on Vancouver Island.  It was interesting to learn that their early meetings were held in a “quilt house” built in a backyard, which led to the name of the guild.

“BeDazzled” was held in a hockey arena, part of a large event centre.  The quilts were displayed along “streets” in the arena, and vendors lined the boards of the rink, making it easy for visitors to pop back and forth between the aisles and the shops.  There were vendors from all over Vancouver Island and the Lower Mainland, and many visitors.

An adjoining area held a big boutique, quilts made by young people, and many other displays. 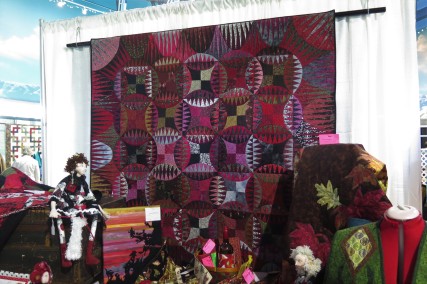 The quilts represented many different themes and techniques. 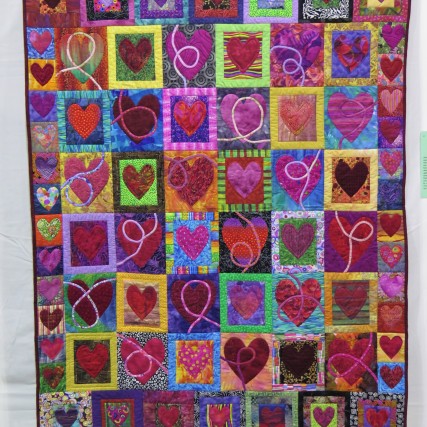 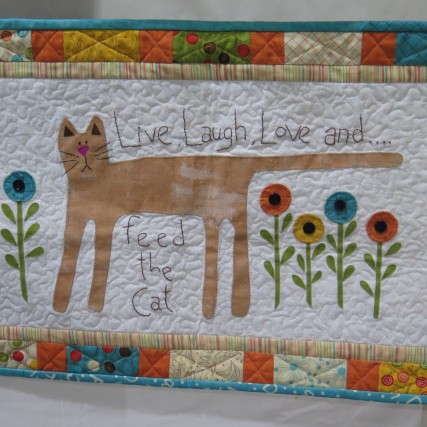 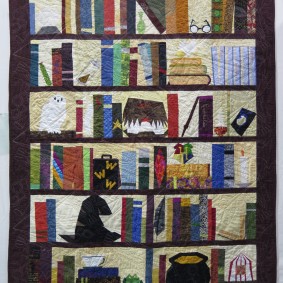 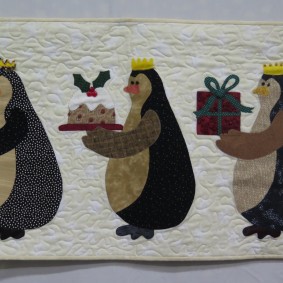 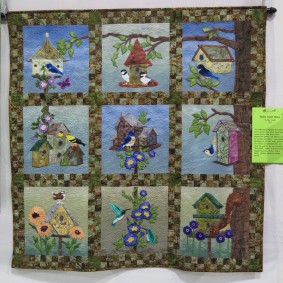 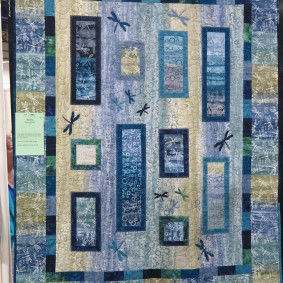 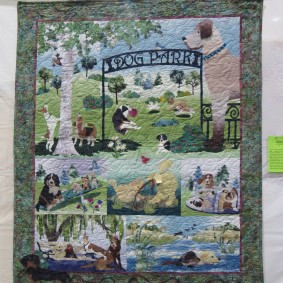 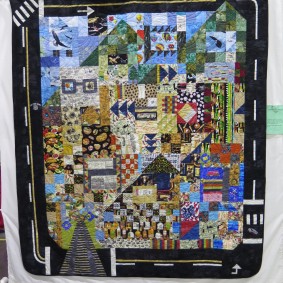 And there was an interesting challenge re words and themes that sound like “bee.”

The Parksville Quilt House Quilters’ Guild presents this big show every three years, and I think they have it figured out!  There were places to sit and relax, food and beverages available, lots of signage, and last but not least, welcoming and helpful volunteers.  There must be many quilters who look forward to attending this show, when it rolls around again.

Seymour Quilters Guild is a member of the Canadian Quilters Association.