Moira S. recently attended the Desert Guilds Quilt Show in Palm Springs, California.  The show is a biennial fundraising event for three local guilds — the Coachella Valley Desert Guild, the Cactus Sew-ables from Yucca Valley and the Pass Patchers from the Banning/Beaumont area.

“There were many beautiful quilts and I took a few pictures while I was there.”

Thanks, Moira, for sending these photos for our blog. 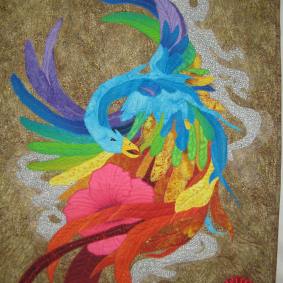 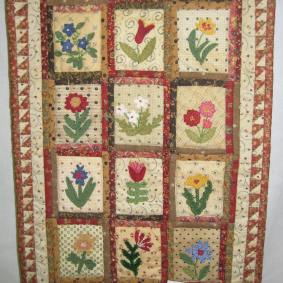 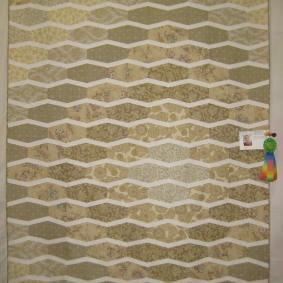 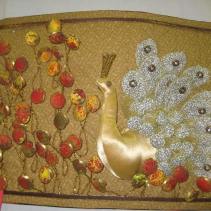 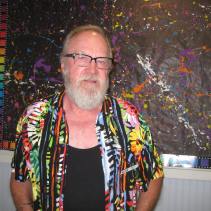 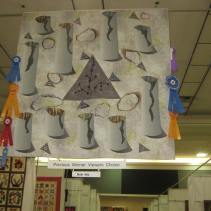 ‘In the Beginning’ by Bob Hix – Viewers Choice Winner 2014 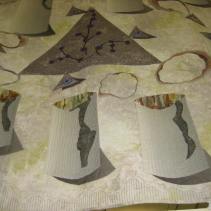 Detail – ‘In the Beginning’ by Bob Hix – Viewers Choice Winner 2014 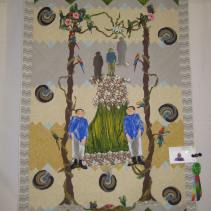 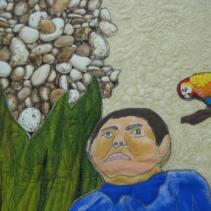 We meet at Gloria Dei Church Hall, 1110 Gladwin Drive, North Vancouver, BC, on the third Wednesday of the month, September through June, 12 pm.